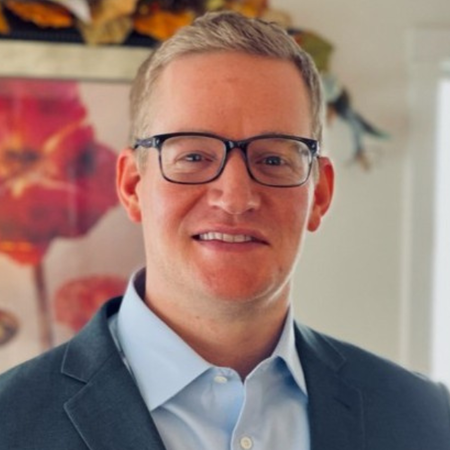 Phil utilizes his several years of successful operations leadership experience, education, and knowledge to open doors for candidates and enhance the quality of talent with clients.

Phil began his hospitality career in a corporate kitchen, working for Bennigans in Fargo, ND, where he started as a production cook. He spent the first few months of his career chopping vegetables and making soups and sauces. Once he mastered his knife skills, he moved to the line where he learned both hot and cold stations and eventually became a trainer, a Supervisor, an AKM, and eventually the KM of the kitchen.

After Phil and his wife had their first daughter, Haley, they decided to move to Wisconsin to be closer to the family for support. Phil, soon after, began his service career as a Front of House Manager with Charcoal Grill, a locally owned group of BBQ-themed restaurants in SE Wisconsin. Phil would go on to work for The Cheesecake Factory for nearly seven years, opening restaurants and training teams across the country. Traveling and building relationships with different people from all over the country allowed Phil to gain a great appreciation for Diversity, Equity, and Inclusion in the workplace. Phil would move on to serve as Senior Restaurant Manager for Cooper's Hawk Winery and Restaurants and Assistant General Manager for a well-established restaurant in Cedarburg, WI before he transitioned into working in the private club industry for five years. During this time, Phil served as Food and Beverage Director, Clubhouse Manager, and Service Director for three different country clubs. Phil also served as an advisor to the Board of Directors and served as a Clubhouse Committee Chairperson at The Green Bay Country Club before he discovered his passion for recruiting.

Over the tenure of his hospitality career, Phil has had a special appreciation for building diverse, talented teams. Specifically helping professionals find fulfilling jobs that change their lives and simultaneously helping businesses shape top talent in their organizations is what motivates and drives Phil's success. He truly and passionately enjoys helping and giving to others.

(920) 630-5172
Do not hesitate to call or email outside of these hours. If I cannot get back to you right away, I will do so during my standard business hours.